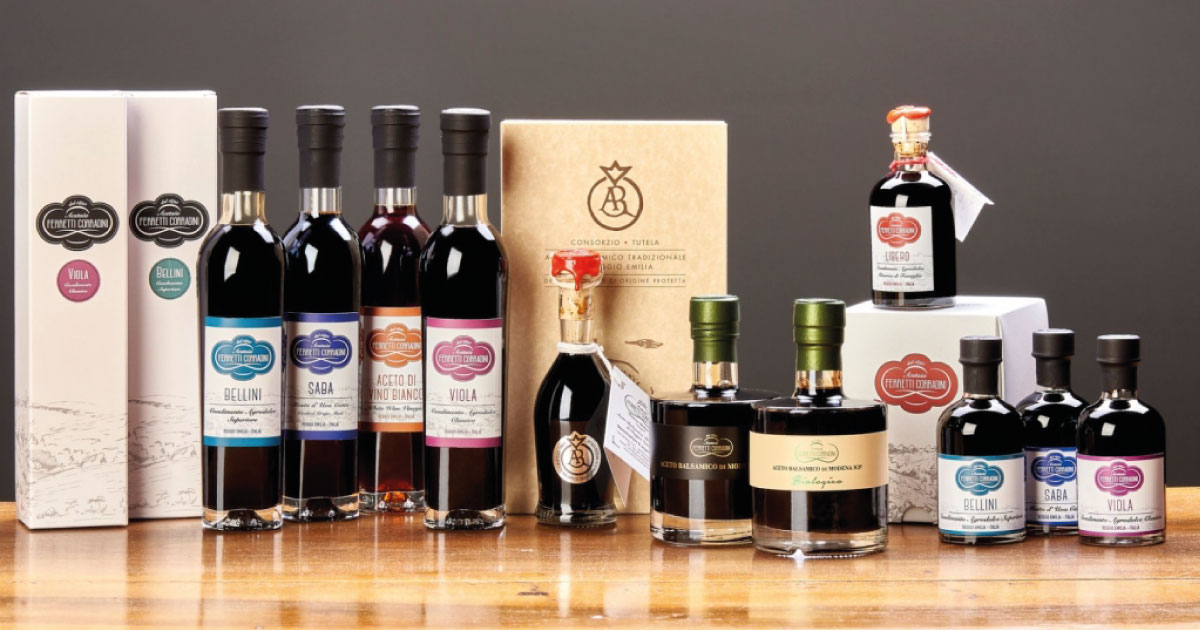 It was 1918 when, according to a consolidated family tradition, Luigi Ferretti received a small barrel of balsamic vinegar dated 1890 as a gift from his father.

Luigi already has a life full and rich in experience behind him, in those years he had just returned from Argentina where he had moved with his family about 20 years earlier. In what was then considered the “new world” and precisely in Bahia Blanca he had opened and managed a small wine shop with a tavern together with his wife. In that period their 3 children were born, but the nostalgia of the Reggio area obliges them to return to Italy in the historic center of Reggio Emilia in the vicinity of Piazza Fontanesi. In the attic of that typical house of the Emilian capital, the “centenary barrel” is established, to which over time others are added, giving rise to the family vinegar factory. Over time, Luigi undertook the business of mediator of wines and oenological products, an activity that he would carry out with moderate success until the early 1960s.

No products were found matching your selection.

When you visit any web site, it may store or retrieve information on your browser, mostly in the form of cookies. Control your personal Cookie Services here.